From Customer’s Demand to Systems’ Delivery.
Small, Medium or Large projects, With 45 years’ experience, the past is our lesson, the future our Motivation. RSQX, a small and unique specialist group formed the RSQX PC Working Group, for any Mechanical project, including turnkey, fleshes out the group to project size around the globe.

With our Day Dream’s there is a chance that dreams come true.
Afterwards 10 years of dreaming, 2017 the APU crane, has been turned over to El Al. APU maintenance crane, is base along the movable APU mezzanine, an able to work on 5 different aircrafts stabilizer, safe and without work interruption on the fuselage dock. 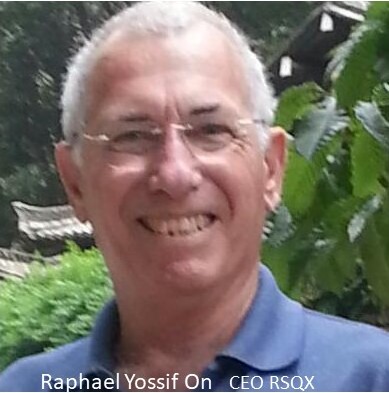 On dream RSQX deals with Municipal solid waste to diesel. Worked for Alfa Kat in Germany, in Rahde India, in Finland and Israel. RSQX created  reactors, and now in realizing a system by RSQX for RSQX.

New Composite material named Euler 1, invented and Patented by Dr. Vladimir Klatzkin, can be used in buildings, acoustic walls, in aircrafts or cars.

Watermelon seed dryer to be operated and controlled in the farming area.
Hurricane building protection system

RSQX, coupled with a skilled team of expert professionals who works from home. Technology group, working from home, on the Payroll of RSQX. Our size is ideal for the provision of support to any size company or project having committed for turnkey contracts.(25 years for El Al)
Personal touch to projects, from Ideas to complete and Run in of the project.
RSQX design, create workshop drawings, manufacturing, control manufacturer, assembly and run in. In the past 30 years, as a goal, projects were completed, On time. 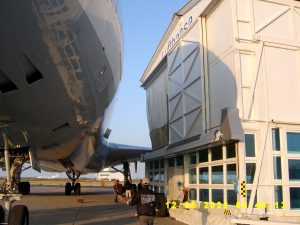 At that time I realized, that if I want to remain as professional Engineer I had to move into the computer world. It was the correct decision at the correct time.

Here is one story on RSQX Projects Ltd happened in Bulgaria and Kazakhstan. During the year 2006, 2007 RSQX Projects Ltd made a movable hanger, to cover e aircraft MD11 engine. Instead aircraft moves to hangar, the hangar moves to the aircraft. Movable Engine Cover (26 ton weight) – in short called the MEC, to be employed by Lufthansa in Kazakhstan, Astana Airport.

Kazakhstan's ethnographers state Akmola was founded in 1830 as a Cossack fortification. Time later the village was passed on the name of Akmolinsk, and in 1862 acquired the status of a township.
Since 1997 and today, Astana is the capital of Kazakhstan. 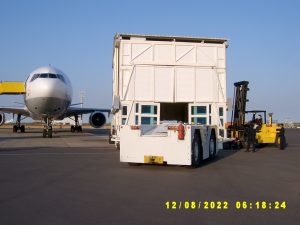 The project was turned into world extraction.
Designed and steel manufacture has been performed in Bulgaria. Extra functions to complete the MEC where coming from England, Germany, Italy and Israel.
In 2006, Bulgaria was not yet a part of the European community.
To avoid custom problems and additional transport difficulties RSQX Projects Ltd, has concentrated all needed equipment’s and parts in the Free Zone Burgas.
In the free zone Burgas, Bulgaria, all equipment has been repacked into 1 shipments of three 40 feet contraries, total weight of 35 ton.
Containers left Burgas port by ship to Odessa on 31.12.2006.

The journey to Astana was by ship to Odessa, then by train to Astana.

Shipping to Odessa took 3 days. As we get there starts the big “Russian” hospitality, with the need of documents. Every day comes up a new document requirement. A reminder, Containers should be going to Odessa as transferred goods. This transfer was lasting for half dozen weeks.
Eventually, after the passing of this transfer, containers were put on train wagons.
The time is Feb 2007, temperature, wind and snowstorm are regular weather in this area. The temperature reached easily –35oC to –40oC.
Journey by train last 7 days, if no extra strong storm or train damage occurs along the path. Hence, along this trip train with one of our container suffered of wheel brake, and it was waiting 4 days to be quickened. After 8 to 9 weeks containers arrived finally Astana.

Custom release In Astana, takes 2 to 3 weeks for low or large federal agencies.
Astana’s weather, in winter –40oC and on summer reaches +40oC, means every day there is a different whether and temperature.
Astana wind, causes difficult working conditions. During MEC assembling, under the sky, we had windstorm of 160 Km/h, whether change in very short time. On 8 May, starting the working at 0800 temperatures 15oC at 1000 we had a heavy snowstorm temperature drop to -1oC. On this day we had to break working.
Erection in Astana is under desert conditions. Technical support of the city is almost not available, distances are huge and English is not cognized.
In our group we had one worker speaking Russia, then we managed around.

By the end of summer 2007, before winter starts,  RSQX Projects Ltd has finished the MEC project and gave it to Luft Hansa Cargo in Kazakhstan Astana.

For further information leave us a message